There are surprise picks every year in the NFL Draft. If it were a clear-cut process, there would be no need for the endless discussions that take place this time of year. Who are some of the players that could surprise by being picked higher or lower than projected? Chris Trapasso, Ryan Wilson and I each offered our opinion on the subjects. 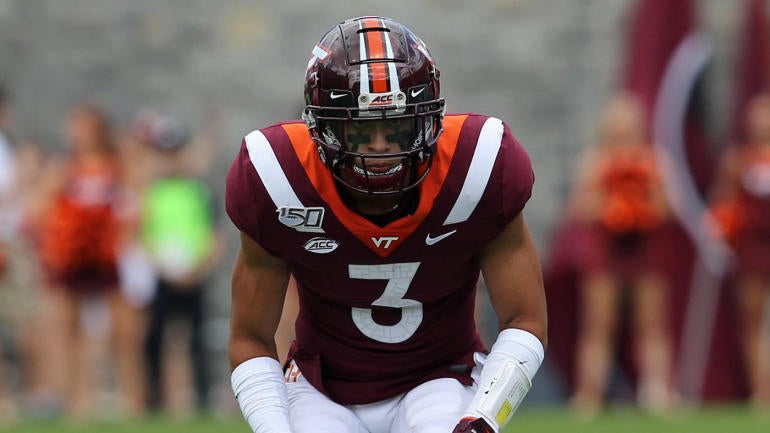 The player who will be taken higher than projected

“At 6-foot-1, 193 pounds, Campbell looks the part. He also ran a sub-4.40 at his pro day and that straight-line speed showed up on tap, too. More than that, Campbell showed the ability to get in and out of breaks like a much smaller, more agile cornerback — skills that will translate very well to the NFL. The knock, of course, is that Campbell had just one interception in 33 career games at Georgia, but he was consistently at the catch point putting himself in position to make a play on the ball (Campbell had six pass breakups in ’20). His physical tools make him special, and there’s a chance he sneaks into Round 1.”

“The Georgia cornerbacks were the first that came to mind but I’ll go a different route. Elijah Moore, the wide receiver from Ole Miss, hardly classifies as a secret at this point. Florida State cornerback Asante Samuel Jr. seems like a cop out as well. I will go with North Dakota State offensive lineman Dillon Radunz. Radunz is a very athletic lineman that has the versatility to play guard or tackle. As teams reach to fill a need at tackle, Radunz stands out among the perceived athletic group of tackles because he is more polished. Oklahoma center Creed Humphrey would have been my other pick.”

“You could essentially replace Caleb Farley for Stokes in Round 1 at the cornerback spot. After back-to-back years with nine pass breakups each but no interceptions, Stokes snagged four picks in 2020 and flashed playmaking skill in press man or zone. At just under 6-1 with nearly 33-inch arms, he checks the size box to play on the perimeter, teams will love that he played at Georgia, and he ran 4.31 at his pro day. This man is going in the first round.”

Player who will be taken lower than projected

“First, I LOVE Philllips’ game. A lot. This is all injury-related; he suffered multiple concussions at UCLA, retired at one point,  and then transferred to the University of Miami where he was all but unstoppable in 2020. NFL teams will have to determine if his injury history is enough to push him down draft boards. If so, Phillips could still be available in Round 2. If he gets the green light, Phillips could end up as the first edge rusher off the board.”

“Parsons is a top 10-caliber talent but there are some concerns emerging from his interviews with teams. He is not going to fall out of the first round but do not be surprised if he is taken a little later than expected.”

“Injures are a prime reason prospects fall in the first round or completely out of it come draft night. And with multiple back surgeries over the past few years, Farley definitely has an injury red flag next to his name on at least some draft boards across the league. If healthy, he’s in the race for the top cornerback prospect in this class. But in a year with more uncertainty than ever, it feels like Farley will be the defensive back to fall.”